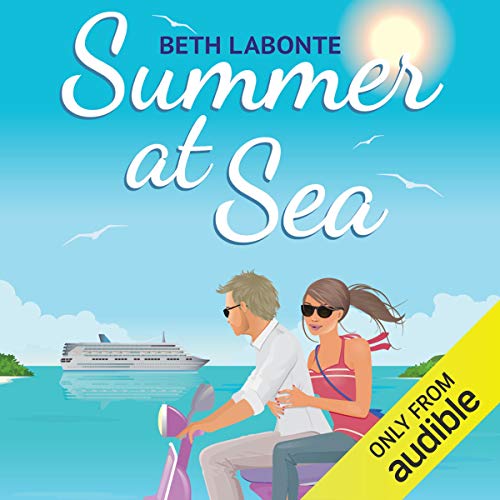 Written by: Beth Labonte
Narrated by: Erin Spencer
Try for $0.00

Four jackets of varying weights, enough socks for the entire Confederate Army, three umbrellas, most of the antacid aisle from the local pharmacy, and six pairs of old-people sneakers that all look exactly the same. Have you ever helped your parents pack for a weeklong cruise? No? I didn't think so. So shut it.

So begins vacation for Summer Hartwell - 26 years old, living with her anxiety-ridden parents, and unwillingly booked by her brother on a weeklong cruise to Bermuda. Despite the nightmare of being trapped aboard a cruise ship with Mom and Dad, Summer sees a rare opportunity to fulfill The Prophecy - her mother's declaration that she will live at home until she gets married. With 2,000 passengers onboard, at least one of them must be husband material, right?

The only problem is Graham Blenderman - her brother's best friend who is joining them for the week in all of his tall, blonde, extroverted glory. Graham doesn't believe Summer needs a husband in order to break free from her parents. He thinks she just needs a little bit of nerve. And to Summer's introverted horror, he's willing to spend the entire week proving that he's right.

What listeners say about Summer at Sea

I loved everything about this book. The whole story is comical and clever and filled with so many familial good times.

I've been in a dark read binge that I needed to come up for air and this was the right choice. It's PG at worst but so very funny in an innocent and pure way.

Erin Spencer does such an amazing job narrating the elderly protective parents, as well as the main characters. Such a great performance.

Overall the book was fun to listen to and I enjoyed the story. I'm not sure what angle the narrator was going for when she spoke in the mom's voice but if it was pull your hair out annoying then she nailed it, I almost had to stop and quit listening a few times because I just could not deal with Summer's mom. Her voice was pretty much unbearable and she was just an overall unpleasant person. May listen to book 2, but to be honest, the urge to scream whenever Summer's mom speaks is too overwhelming.

I love this book and and the author. This was a nice clean read, that was funny and highly entertaining. I had a few LOL moments. My kids even enjoyed listening to it when they were stuck with me in the car.

Written as a single pov of Summer. She is a 20 something woman that has lived with her overbearing parents all her life and is looking for an escape. She thinks she'll find that escape on the cruise ship in the form of a future husband. What she doesn't realize is it's not going to be easy. We see the comical struggles that she has to deal with concerning her parents, herself and Graham, her brothers best friend.

HFN ending. I would love to see a sequel of these two. They were just so darn cute together. I have both of Beth Labonte's books on Audible and I hope she releases more soon. I have loved both of her books and they make for good listening in the car.

Would I recommend this book? Yes

Would I read more from this author? Yes

I quit part way in. A 28 year old still living with her parents who complains constantly. A overly dramatic mother. Just couldn’t take it anymore.

How is she not crazy?

I needed something that was
lighter and fun. This was a TRIP (excuse the pun) ...on a holiday ship WITH parents who are phobic, controling, and drive you crazy just for your sake! It's a maddening romp set up by The "brother's best friend" from childhood. if you read what the parents pack, the stage is set.

This was a pleasant story with a quirky cast of characters. I loved rolling my eyes at Summer’s parents as much as I loved cringing about their actions. I look forward to the next installment.

I wanted to like this book. It had a cute premise and I enjoy fun light stories like this. I can handle wacky characters but the parents in this book are beyond annoying and just way over the top. I get what the author was going for but she missed the mark. I tried to stick with it but I just couldn't finish it.

Ok this was fun !

This was my second book by this author and I quite enjoyed it what happens when you go on a cruise with your parents and your brothers best friend complete Mayham but what a fun ride! Not even sure what else I could write without giving away any spoilers

Loved it. Actually laughed out loud! Great characters, lovely story. Delightful! I am ready to listen to the next Beth Labonte.