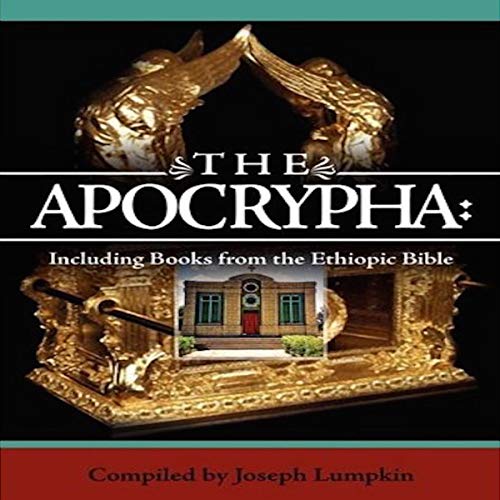 The Apocrypha: Including Books from the Ethiopic Bible

In addition to the 73 books of the Catholic Bible, the Orthodox Church adds three more books to their canon. By far, the largest canon of all is found in the Ethiopic Church, whose Bible totals 81 books.

This Apocryphal volume contains the books of the Catholic, Orthodox, and Ethiopic Bibles, which include:

Unfortunately, this Audible lists chapters as Chapter 1, 2 etc, but because of the content, they REALLY need to put the book titles in with the chapter numbers. As it is now, finding books is a mess.

This book is incomplete

this book doesn't have the book of jasher. So it is incomplete and I would like my credit back