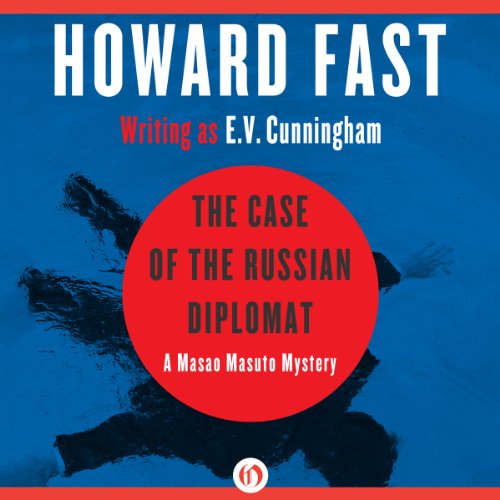 The Case of the Russian Diplomat

Written by: Howard Fast
Narrated by: Brian Nishii
Try for $0.00

They call the pool at the Beverly Glen Hotel "the naked hooker." To the frustration of the Beverly Hills police department, the women there are so high class that it's impossible to distinguish guests and girlfriends from professionals. Women flock to the lavish hotel because it teems with film stars, businessmen - and America's richest criminals. Tonight, to detective Masao Masuto's chagrin, there is the body of a naked man in the pool.

Though the management insists the death was accidental, Masuto doubts that any man would hide his own clothes before taking a midnight swim. The woman who reported the body is gone by the time the police reach her room, and the man they find there, Jack Stillman, insists there was nobody staying with him. The next day Stillman is dead, and Masao Masuto has a killing spree to deal with - one that leads to a tangled web of espionage and international conspiracy.

What listeners say about The Case of the Russian Diplomat