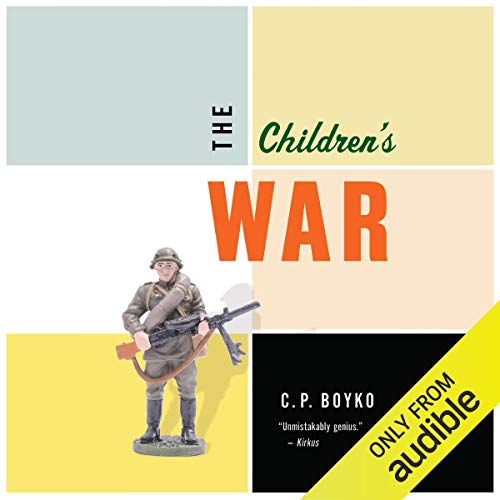 In his fourth collection, C. P. Boyko turns his keen eye to the question of power - in schools and on campuses, in doctor’s offices and boardrooms, in triage tents and on the battlefield. A high school math teacher tries too hard to be liked; childhood friends grow up and go to war for very different reasons; for purposes not entirely medical, a dentist hypnotizes a patient; management and workers struggle for control of a faltering factory; infantries comprised exclusively of women meet in battle; and undergraduates occupy a university president’s office, rallying beneath the flag of moral outrage.

Moving effortlessly through a range of styles, from contemporary realist fiction and episodic adventures to three-act plays and polyvocal narratives, Boyko’s chameleon talents reveal the thread that binds his disparate characters and plots: the hunger to hold power and all the ways we are consumed by it. Clear-eyed but not cynical, satirical without being sarcastic, The Children’s War is as entertaining as it is insightful.

What listeners say about The Children's War