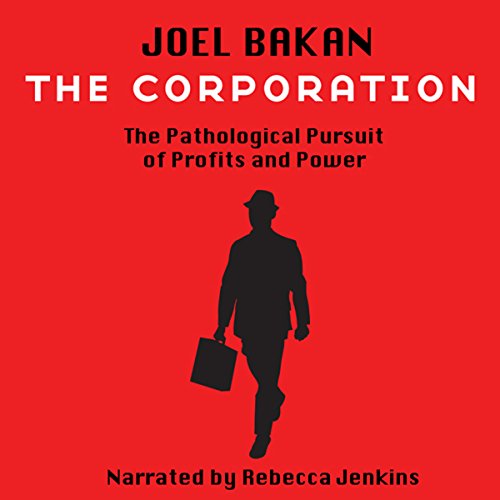 Written by: Joel Bakan
Narrated by: Rebecca Jenkins
Try for $0.00

Joel Bakan's book is a brilliantly argued account of the corporation's pathological pursuit of profit and power. An eminent law professor and legal theorist, Bakan contends that the corporation is created by law to function much like a psychopathic personality whose destructive behavior, if left unchecked, leads to scandal and ruin.

In the most revolutionary assessment of the corporation as a legal and economic institution since Peter Drucker's early works, Bakan backs his premise with the following claims:

Despite the structural failings found in the corporation, Bakan believes change is possible and outlines a far-reaching program of concrete, pragmatic, and realistic reforms through legal regulation and democratic control.

What listeners say about The Corporation