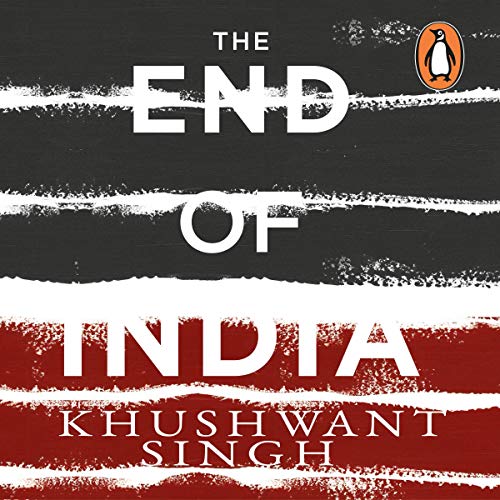 The End of India

Written by: Khushwant Singh
Narrated by: Rajiv Dadia
Try for $0.00

"I thought the nation was coming to an end", wrote Khushwant Singh, looking back on the violence of Partition that he was witness to over half a century ago. He believed then that he had seen the worst that India could do to herself. But after the violence in Gujarat in 2002, he had reason to feel that the worst, perhaps, is still to come.

Analysing the communal violence in Gujarat in 2002, the anti-Sikh riots of 1984, the burning of Graham Staines and his children, the targeted killings by terrorists in Punjab and Kashmir, Khushwant Singh forces us to confront the absolute corruption of religion that has made us among the most brutal people on earth. He also points out that fundamentalism has less to do with religion than with politics. And communal politics, he reminds us, is only the most visible of the demons we have nurtured and let loose upon ourselves.

A brave and passionate book, The End of India is a wake-up call for every citizen concerned about his or her own future, if not the nation’s.

What listeners say about The End of India

Mr. Singh discusses atrocities committed by various religious groups. Mainly the Gujarat riots enacted by Hindu fundamentalist against Muslims and other minority groups in the area. He goes on to discuss more absurdities in India that are a product of religious fundamentalism and communalism. In the last chapter he shows his true colors by completely objecting to any public expression of faith by the individual no matter the religious background. In the last two minutes he also shows support for sterilization after two children, religious environmentalism and open air mass burials. hmmm.