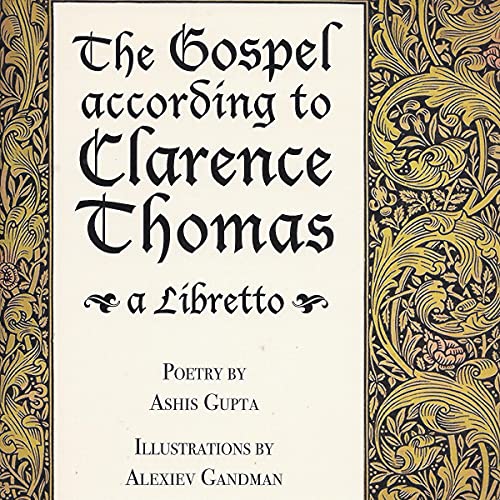 The Gospel According to Clarence Thomas

This is an imaginary drama in verse in which US Supreme Court Justice Clarence Thomas pleads with President George Bush, Jr., to be allowed to chronicle the glorious presidency of Mr. Bush after his second inauguration. Of course, he is allowed to do so. Thus emerges a gentle satire which is also a social commentary of our time, replete with a large cast which includes Dick Cheney, Paul Wolfowitz, the Ghost of Saddam Hussain, and others, not to mention a sombre 'Chorus of the Homeless' providing a rational commentary throughout. An echo of Greek tragedies of yore.

Clarence Thomas, the pious altar boy, seemed the right person for this "heavenly" task of penning a Gospel. The US Supreme Court is a comfortable place, but not necessarily a redemptive place that Thomas craves.

As a footnote, the new presidency of Joseph Biden seems a proper moment to revisit the initiation of Clarence Thomas to the US Supreme Court in 1991. Mr Biden chaired the Senate Judiciary Committee at the time and denied any corroborating witnesses to Prof. Anita Hill who had accused Thomas of Sexual misconduct, thereby assuring Thomas' nomination. One might say that this act of Senator Biden's set the precedent for the nomination of Brett Kavanaugh to the Supreme Court, after Kavanaugh had also been accused of sexual misconduct.

What listeners say about The Gospel According to Clarence Thomas