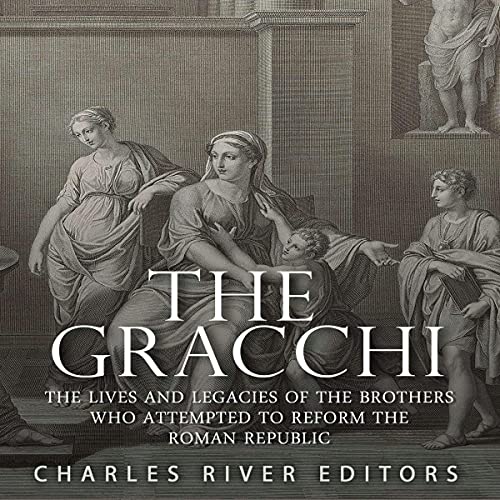 According to tradition, the Roman Republic came into being in 509 BC, following the overthrow of the monarchy, and it ended in 27 BC, when Augustus became the first emperor. During this period of nearly 500 years, Rome grew from a relatively small Italian city to a superpower that dominated the entire Mediterranean world, but the Roman Republic was characterized by an interminable internal power struggle between the aristocratic and populist factions (the Optimates and Populares) for control of the state and the distribution of its wealth. The changes brought about by the Gracchi Brothers, in particular during the second century BC, was part of a campaign to wrest power from the aristocratic party, the Optimates, and they would prove pivotal in preparing the way for Rome's ultimate transition into an Imperialist government.

Despite the fact that they belonged to the upper class, the Gracchi brothers were the first to actively champion the interests of the poor in Roman politics, and in doing so, they created a new partisan divide in the government, which separated politicians into two factions: those who appealed to the rights of the common people (the Populares), and those who believed that power should reside firmly in the hands of the aristocracy (the Optimates). The office of tribune, in particular, came to be used by Populares who used their influence with the people to pass similar reforms relating to land ownership and the rights of citizens, building their political platforms on the premise of giving more power to the people.

The tribune of the plebs was an annually elected representative overseeing the plebeian assembly, one of the three popular assemblies in the Roman government with the power to vote on certain types of legislation. The 10 plebeian tribunes crucially held the power of veto, even over decrees passed by the consul, and they could use it to block any measures going against the interests of their supporters in the assembly: the common people.

Therefore, the tribunate became an important political mechanism used by the Populares to push through social reforms. They did this not out of a selfless desire to give more power to the Roman people, but because they saw the potential in using the support of the masses to advance their political careers. The wealthy Optimates - of whom Sulla was one - continued attempting to block these populist movements, and the resulting political tension between these two parties later played a major role in the outbreak of Rome’s first civil war in 88 BC.

As leaders of the Populares, the Gracchi brothers would have never advocated a monarchical political system themselves, but their role in Rome's political history was to lay the foundations that led to the rise of Caesar and Augustus. That part has to be analyzed in the context of a republic that had moved away from its earliest manifestation and which had lost much of the idealism of the immediate post-monarchical era in which the basis of the constitution had been laid down, and which continued to be fought over throughout the Republican Period.

The Gracchi brothers were arguably the first to systematically rouse the Roman mob to violence, using their leadership of the Populares to try to achieve their political purposes. Once that particular genie had been let out of the bottle, it could never be put back in, and the brothers were largely responsible for changes to a system based on party politics as opposed to traditional allegiances to particular families.

While the experiences of the Gracchi brothers showed that the use of the mob was useful in the short term, by their actions, they also inadvertently confirmed that the tribunate power each brother individually held was in and of itself insufficient to sustain a radical agenda without military power. That was the critical lesson learned by those who came after them.

What listeners say about The Gracchi