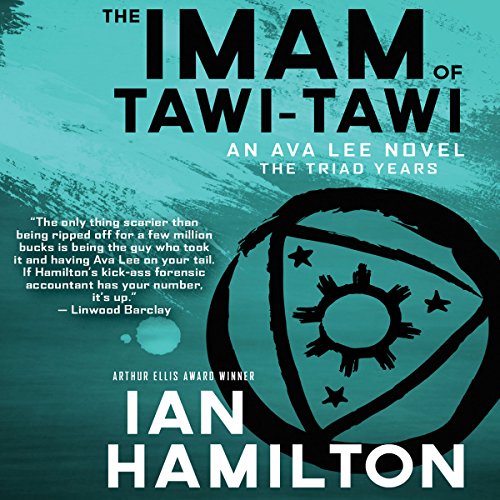 The Imam of Tawi-Tawi

Ava has spent two nights luxuriating in a hotel in Yunnan Province with the actress Pang Fai, with whom she has begun a secret relationship. She receives an urgent phone call from Chang Wang, the right hand to the billionaire Tommy Ordonez and one of Uncle’s oldest friends. Years ago, Ava and Uncle helped Tommy recover $50 million in a land swindle.

Chang asks Ava to fly to Manila to meet with his friend, Senator Miguel Ramirez. Ramirez asks Ava to investigate a college in Tawi-Tawi, an island province in the Philippines, that he suspects is training terrorists. Ava’s investigation leads to a partnership with a CIA agent, and together they attempt to stop an international plot, horrific in size and scope, only to have it turn on them. Ava’s judgement and morals - which Uncle helped her forge - are tested like never before.

What listeners say about The Imam of Tawi-Tawi

This is #10 in the wonderful Ava Lee series, and action moves to the Philippines, where Tommy Ordonez asks her to help out a friend who believes that terrorists are being trained on Tawi-Tawi, an island province. Another superb addition to the Ava Lee canon, excellently read by Grace Lynn Kung, a native Canadian who brings better pronunciation of Chinese places and names, along with a slightly formal pronunciation of English. But overall, an excellent job. Let's hope Audible and Anansi see fit to back fill the earlier books in the series that were never produced for Audible.