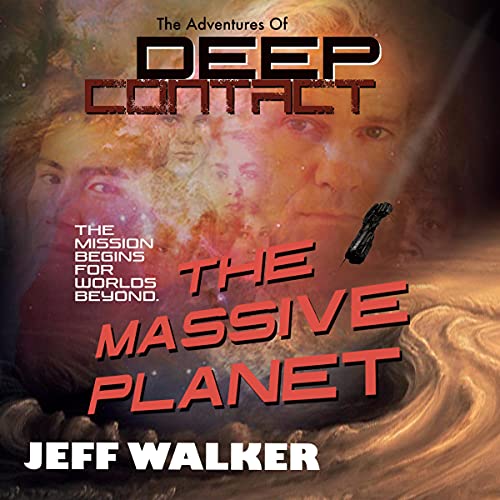 Written by: Jeff Walker
Narrated by: Caleb Collins
Try for $0.00

Captain Christopher Riley and his brave crew of the Earth Core United spaceship Deep Contact set out for adventure beyond the solar system. Their mission is to traverse space and discover new worlds for colonization. They represent humanity seeking to expand, explore, and search for alien life in any form.

Alone and in the uncharted wilderness of the cosmos, they try to survive and complete the mission on behalf of Earth Core United.

In The Massive Planet, Deep Contact almost collides with a massive planet appearing out of nowhere. A Jupiter-like world that popped right into its main flight path. The crew tries desperately to figure out a way to break free of its gravity as it pulls them deeper inside.

Even though the ship should have been crushed instantly the minute they came into its wake, it falls deeper into the atmosphere’s densely thick clouds, endangering them all to whatever doom awaits.

Captain Riley and his crew must race to figure out how to escape this huge world before they crash into its core, but do they have time to solve this riddle? Or will this be their one and only mission of failure?

What listeners say about The Massive Planet