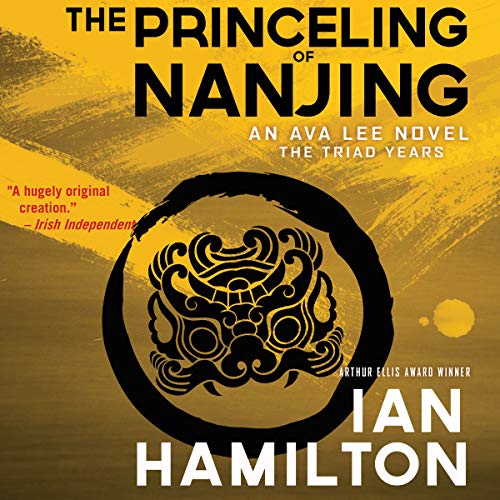 The Princeling of Nanjing

Written by: Ian Hamilton
Narrated by: Grace Kung
Try for $0.00

Ava is in Shanghai for the launch of the PÖ clothing line. She has invited Xu, and over the course of the glitzy event and a late-night dinner, she detects a certain hesitancy in him. He confides that the Tsai family, headed by Tsai Lian, the governor of Jiangsu Province and a “princeling” - he is the son of a general who was on the Long March with Mao and a member of China’s power elite - is trying to force him and his Triad organization back into the drug business. Xu is already paying millions of dollars a year to various Tsai businesses, but the family wants more and thinks the new venture can deliver it. Xu believes this move would lead to his eventual destruction and feels he has nowhere to turn. If he opposes them, they will crush him. If he goes along with them, he thinks that inevitably the police and military will hunt him down.

Ava sets out to help Xu deter the Tsai family. As she digs into the breadth and depth of the family’s wealth and corruption, she gets caught up in a huge tangled web, extending all the way to the US and the UK, where it reaches the top echelons of political power.

What listeners say about The Princeling of Nanjing

In this 8th Ava Lee book, the Three Sisters find themselves launching the new PÖ clothing line, while Ava works with Xu to avoid his being forced back into the drugs business by Tsai Lian, the governor of Jiangsu province and the Princeling of Nanjing. As with all the Ava Lee books, she adds quite a few points to her frequent flyer status, as the action happens in China, Hong Kong, the US and the UK. And, as always, the bad guys underestimate Ava, to their ultimate regret.

This new Audible narration is by Grace Lynn Kung, a Chinese Canadian actor whose voice and accents are very appropriate for Ava Lee. It's great to see Ava Lee back on Audible, and I hope we get more.

There is a different narrator for this book than the first two books. Not good!