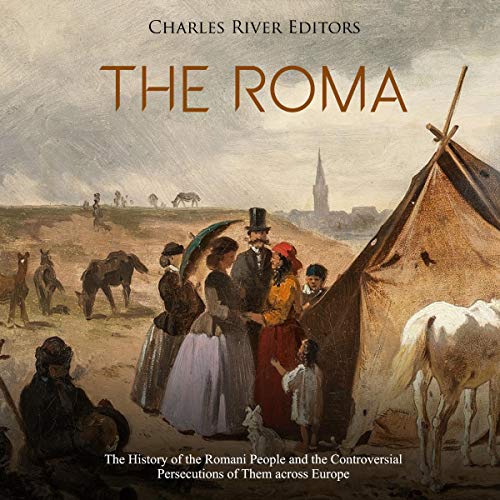 “We are all wanderers on this earth. Our hearts are full of wonder, and our souls are deep with dreams.” (Old Romani proverb)

In the 21st century, cultural differences and individuality are often celebrated and protected across much of the world, and given society's conscientious awareness of such phenomena, it is, therefore, all the more surprising when considering the ignorance or indifference that the world, at large, exhibits toward the Romani people.

Otherwise known as the “Roma” or by their popular misnomer “the gypsies”, the members of this highly undervalued and grossly misrepresented community have long been considered outcasts.

More often than not, the Romani are branded by even those who fancy themselves liberals as “pikeys”, “gyppos”, and “gips”. There's also a regrettably common term “gypped” meaning “to cheat, or swindle” which perpetuates the damaging stereotype that the Roma are dishonest nuisances and societal pests.

Even well-intentioned attempts to shine the spotlight on the community have sometimes been counterproductive, for they are often reduced to no more than exotic, whimsical entertainers for the privileged.

According to a shocking email authored by an anonymous whistleblower in 2012, the staff at the Laurieston Job Center in Glasgow's Southside regularly referred to their Romani customers as “gypos, scum, beggars, suicide bombers, thieves, and pedophiles”. The whistleblower cited the staff's disturbing comments regarding an unnamed Romani woman who had brought her two children along to the job center: “The staff were all joking and saying they should sanction her for claiming whilst pimping out her kids. They then went on to make horrible remarks about the children, saying they were "mongs".

On August 5th of the same year, over 700 far-right “activists” stormed the heavily Romani-populated Hungarian village of Devescer. “Gypsy criminals,” the mob chanted as they hurled rocks, paving stones, and other projectiles at the homes of their prey. “We will set your homes on fire. You will burn inside your homes!” The police, who were called to the scene, supposedly stood on the sidelines with their arms crossed, unwilling to intervene.

The dangerous blanket statements issued by various European politicians in the past and recent years are also a cause for concern. In 1992, Bert Karlsson, a prominent member of the Swedish New Democracy Party, claimed that “Gypsies [were] responsible for 90 percent of crime against senior citizens”. In June 2008, the conservative Italian Prime Minister Silvio Berlusconi ordered the fingerprinting of the 150,000 Romani, children included, as a way to crack down on street crime. In France, political parties from either end of the spectrum have blamed the Romani for the nation's problems, economic and otherwise. The gypsies, asserted one interior minister, were responsible for one in every 10 crimes.

It’s fair to wonder why the abhorrent treatment of the Romani continues to slip below the radar of many social justice warriors, particularly in this age of globalization. This is all the more confounding given that many are aware of the ways the Roma have been persecuted over several centuries, most notoriously during the holocaust.

What listeners say about The Roma

This was a well delivered performance of an information filled history of the Roma. Well done! It’s hard to find information that is not racially tainted or bias on the Romani but this book rise to the occasion and presents an unbiased honest and documented history. Enjoyed it completely.

eh, an ok start on subject of the roma

I was curious on the history of the Roma and wanted to know some history of them after hearing all the stereotypes on them in popular media for years. Thought this was a good start on the topic. I was hoping for more. I'd say this is a good intro book, pretty short if you're driving or getting a work out in.

narrator read this well and sounds good.
decent intro
I'd give this a soft recommend on the subject. hope Audible adds more audio books on this topic.

this was wonderful to listen to. a great description of Roma history and way of life. I wish there was more information on the subject matter.