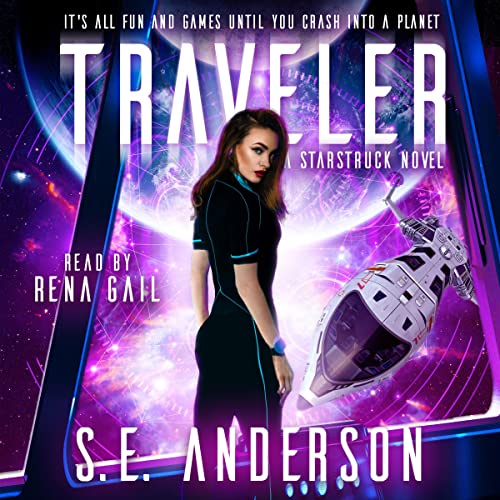 It's all fun and games until you crash into a planet.

Sally’s search for Earth isn’t off to a good start: chased out of her hotel room and into the broom closet of a spaceship, she’s accidentally become a stowaway on the Alliance flagship, Traveler. But, when sabotage and murder show the crew’s true colors, Zander and Blayde are forced to stay and help them out of their mess. Lies, drama, and deceit lead them light years away to a mysterious planet on the edge of the galaxy, where the crew must band together just to stay alive, which would be much easier if they didn’t have to deal with a diva first mate, a droid with a religious obsession, and Blayde’s ex whose brain is a spaceship.

Finding Earth has to be put on the back burner, as Sally’s stuck tending alien boo-boos - and she still has no idea what she’s doing. And, she might not live long enough to get off the planet in one piece.

What listeners say about Traveler