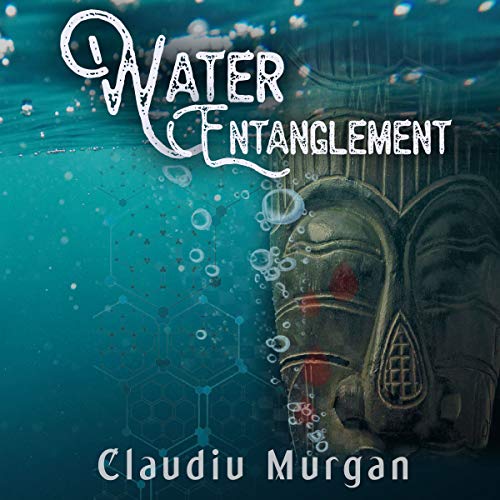 Written by: Claudiu Murgan
Narrated by: Leyna Nguyen
Try for $0.00

When will we understand that water has memory, water is alive and the time for her to awaken is now?

What will humanity do if the scarcity of water becomes a reality and not just a subject for movies? Why can’t we comprehend that we are made of structured water and that by disrespecting the water, we disrespect ourselves?

Since the creation of earth, water and crystals have weaved their paths into a billion-year-long tapestry that has captured the cycles of nature’s evolution. It has observed the appearance of humans and their troubled, but fascinating development, and the energies and vibrations of everything that is part of this amazing ecosystem.

In 2055 water activists are fighting against irresponsible corporations that pillage the earth. Hayyin, the hidden identity of Cherry Mortinger, a limnologist, is leading the movement. Will she be able to prove that water has memory and is alive and that we could awaken to the possibility of facing a fierce battle against the primordial element that gave us life: water?

Although many are not willing to accept that water has memory and is alive, this book awakens us to the possibility of fighting a fierce battle against the primordial element that gave us life: Water.

"Water Entanglement is a gripping story of the disorder that is caused by the Earth’s inhabitants' disrespect for water. Intriguing plot takes us through futuristic events. Water needs to be rationed leading to catastrophic worldwide phenomenon. Water Entanglement leaves us with an awakening message for us all about our relationship with water. It pulls us in to rethink about our connection with water and the power of water." (Susan Ksiezopolski)

What listeners say about Water Entanglement

water has a soul

interesting concept. narrataded as if by a computerised voice which for me detracted from the storyline