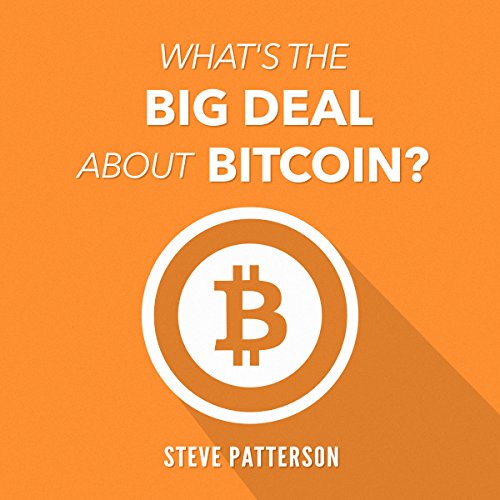 What's the Big Deal About Bitcoin?

Everyone is talking about Bitcoin, but most people have no idea what the fuss is about. If you keep hearing about Bitcoin but don't understand the hype, this audiobook was created for you. It features:

This is a "what is" book, not a "how to" book. Learn why the most popular objections to Bitcoin aren't very accurate, including:

Enthusiasts often claim the technology is invincible and perfect; it isn't. To understand Bitcoin clearly, you have to know the real challenges facing the technology, including:

Bitcoin has been called "the future of online payments". Learn why big-name companies have started accepting the currency, including Microsoft, Dell, Newegg, TigerDirect, Overstock.com, Dish Network, and Expedia. By the end of this audiobook, you will have a clear answer to the question "what's the big deal about Bitcoin?"

"By far the clearest, most enjoyable, and most enlightening book about Bitcoin I've read. This is a must-read for anyone curious about the currency." (Isaac Morehouse, CEO of Praxis)

What listeners say about What's the Big Deal About Bitcoin?

Exactly what I needed to understand the basics of Bitcoin. None of the other books I tried even comes close.

This book certainly answered its titular question. I'm now very excited about all the possibilities that are yet to come with this technology.

This book was informative and educational. it took approximately 3 hours to get through. Addictive reading.