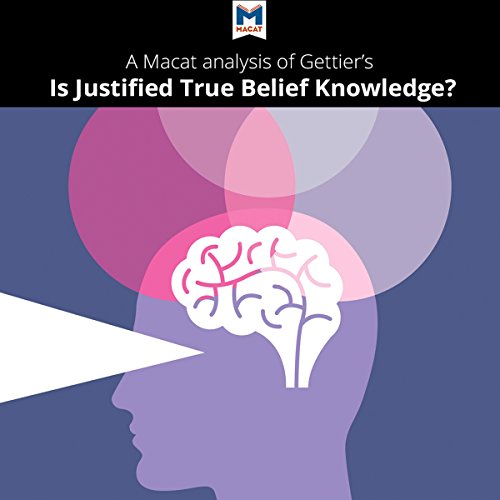 How do we know what knowledge is? In his 1963 article, "Is Justified True Belief Knowledge?", American philosopher Edmund Gettier radically challenges the accepted definition of knowledge itself.

Greek philosopher Plato, discussing knowledge well over 2,000 years ago, defined it as "justified true belief". To be considered knowledge, a proposition had to fulfill three criteria:

A) It is true. B) You believe it to be true. C) You are justified in believing it is true.

But in two ingenious cases, Gettier demonstrates that somebody's justified belief can be true because of nothing more than luck. This, he argues, means that justified true belief is not necessarily knowledge. In just 930 words, Gettier forces a total rethink of a key philosophical theory.

Gettier's article will fascinate anyone interested in the philosophy of knowledge, and the question it addresses is now known as the Gettier Problem. Having been cited thousands of times over the past 50 years, his paper now boasts the highest citation-per-word ratio of any philosophical work ever published.

What listeners say about A Macat Analysis of Edmund Gettier's Is Justified True Belief Knowledge?