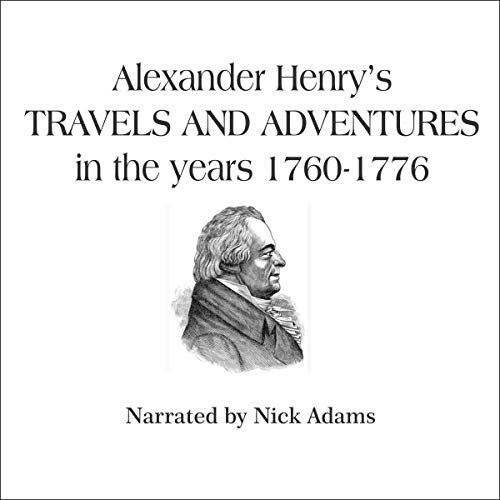 Alexander Henry's Travels and Adventures in the years 1760-1776

Alexander Henry is one of the giants of the 18th century fur trade in the Great Lakes region, and his journal has been reprinted many times since it was first published in 1809. With the defeat of the French in Canada in 1760, the interior of the continent was suddenly accessible to English traders. Henry set out for the west with goods for the Indian trade, into a land where the First Nations were deeply hostile to the English. These two volumes, Adventures in Michigan 1760-1764 and Lake Superior and the Canadian Northwest 1765-1776 were compiled by Henry towards the end of his life and together have become an adventure classic.

The Great Lakes region was in turmoil in the 1760's when Henry embarked upon his trading mission. The great First Nations leader Pontiac had engineered an uprising against the British Forts and Posts in the region with the intention of driving the British out. It was a time of violence and danger - and Alexander Henry was caught right in the middle of it, frequently experiencing hardship, hunger and abuse - while managing to retain his optimism and courage.

The accounts of his experiences are at times harrowing, while at the same time providing an almost unparalleled description of First Nations life in the lands surrounding the Great Lakes and in the Canadian Northwest.