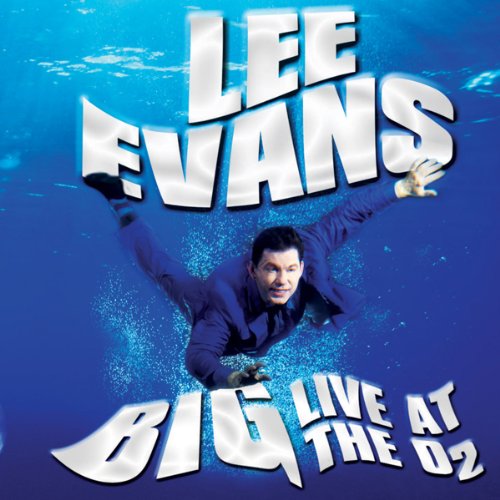 Lee Evans - Big - UK Tour 2008 is just that, his biggest comedy tour ever, taking in over 59 dates in the UK's biggest arenas and playing to over 500,000 people. Three years on since his record breaking XL tour Lee has pulled out all the stops to make this his funniest, most spectacular, biggest performance to date.

Lee Evans - Big - Live at the O2 was recorded at London's O2 Arena where Lee played 5 sell-out nights in 2008 to over 80,000 people. Lee is at his peak with big stand up, big effects and a big performance what has to be the biggest download of the year.

"Lee Evans holds the record for the biggest comedy gig every performed - and you can see why." ( The Guardian)
"For gags per minute and unflagging energy, he's unbeatable." ( The Daily Telegraph)
"Masterful, percise, physical comedy." ( The Independent)

If you know Lee Evans, you'll be aware of his style of comedy. He is very active on the stage, even hyperactive, and so you do lose a bit through just an audio recording. Having said that, you can still get the jist of what he's doing. And the routine he comes up with is very very funny. I had several laugh out loud moments. You can get the feeling just from listening, that this would have been amazing to see "live" at the 02. He's a man of a thousand voices and faces. Great Stuff!